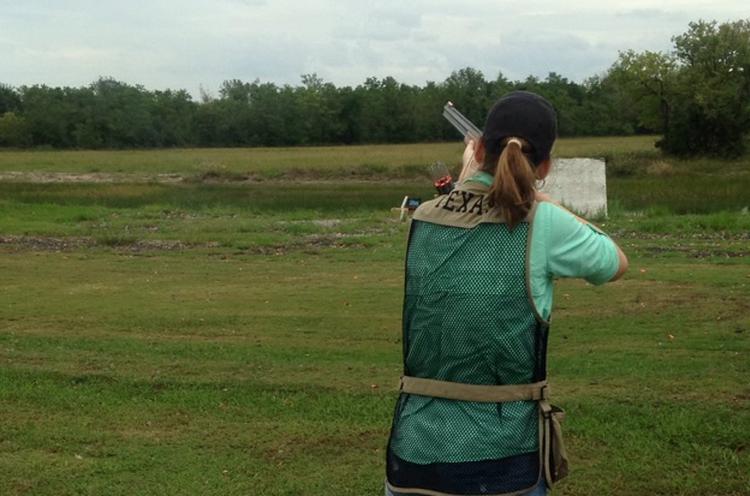 One of my favorite hobbies is shooting sporting clays, skeet, and trap. I learned how to shoot at young age starting with a BB gun off the porch of my grandparents barn, then progressed to a .410, 20 gauge, and finally a 12 gauge. It was inevitable that I would learn to shoot as my grandparents had a trap range on their property and my brother shot sporting clays competitively, but to take shooting on as a hobby was definitely my choice and I’m glad I did. I enjoy the mental challenge that presents itself every time I step on the course or range and given my competitive nature I also enjoy competing against my dad, brother, and other friends…..something we all enjoy.  Over the years and more recently especially, I have found that shooting terminology and procedures can be tied to my everyday life:

1. Be Aware of What’s in Your Sights: I wouldn’t dare step on the course or range and carelessly begin firing. I would assess who’s around me, what’s around me, and the general area of where the target is going. The same can be applied in life. I make an effort to be mindful of who I surround myself with and the environment I’m in, all while focusing on the target I hope to achieve.

2. Shoot with Both Eyes Open: When I was young, I had a bad habit of closing my left eye and aiming at the target with only my right eye. When you shoot with one eye open you are limiting your peripheral vision and you lack situational awareness. Much like when I was a young shooter I find myself today limiting my peripheral vision and situational awareness. I become comfortable with where I am at and what I’m doing and fail to look for the “next thing”. Now more than ever I should be greeting every situation and opportunity with both eyes open and developing a deep understanding of the situation so that I keep progressing and marching towards building my future.

3. Oil and Polish Your Gun: I wouldn’t put a gun in the safe without properly maintaining it, which would include cleaning it, oiling it, and polishing it. Much like my gun, I keep a clean work area (a cluttered desk is a cluttered mind), I make a conscious effort of learning new things (it’s keeps my brain active by oiling it with new and useful information) and I work on polishing my current skills while searching for new ones.

4. .410 vs. the 12 Gauge: For years all I wanted to shoot was the .410. My dad, brother, and Grandpa all tried to get me to move on to a 20 gauge because “it would make my life easier”. Yes it is true, a 20 gauge shell has a much wider spread and a greater chance of hitting the pigeon, however for some odd reason I just wasn’t sold. I continued to shoot the .410 and became quite accurate. I would put my .410 skills up against anyone with a 20 or 12 gauge in a head-to-head competition and never once thought about my competitor having the advantage. I would just do what I knew to do and that was hitting an orange target with a skinny red bullet. Looking back there are two things to be learned from my fascination with the .410 that are applicable to where I’m at in my life.

One, I never thought about the competition being unfair and two, I embraced what I was good at. Today I realize that other job applicants (essentially my competitors) are going to be equipped with different skills than myself and there is potential for their skills to be better aligned with what a company is looking for as far as what’s on paper. However, just because someone may have a grocery list of the best sounding skills that does not mean I’m out of the running. Growing up, I was able to compete against bigger, higher caliber guns than the one I was using and I held my own just fine. So just because my skills may not be up to the caliber of others does not mean I can’t embrace what I’m good at and leverage that to show that I have the potential to keep progressing. I eventually moved on the 20 and 12 gauge and by the time I did I was so used to having such a small margin of error every time I fired the gun that I became quite “the shot”!

The bottom line is life isn’t fair, the competition is steep when job hunting, and I may not possess the highest caliber skills right out of college, but I can’t waste my time worrying about others and it’s crucial that I focus on what I’m good at. I feel like with this mindset I can take my .410 and compete against anyone that has a shooting bag full of chokes and gun that basically shoots itself.

Follow The Unconventional Millennial on WordPress.com
Join 57 other subscribers