This past Thursday evening I made a quick trip to Brenham, TX to meet my family for Marty Haggard’s show, A Tribute to My Dad, Merle Haggard….and what a great show it was! He sang many of his Dad’s hits, a few lesser known classics, and told stories about his dad and the songs he wrote. He prefaced the show by noting he hoped the show was as much of a trip down memory lane for the crowd as it was for him. Judging by the joy on the audiences’ faces, the singing, clapping, and occasional one-off conversation between Marty and members of the crowd, I believe he accomplished his goal. For me personally, I know for a fact his show was the ultimate trip down memory lane for my grandmother, mother and even myself, regardless of the nearly six decade age difference.

Allow me to back up. Mom grew up in southern Michigan in the household of a guitar playing, Johnny and Merle singing, hardworking, car salesman. Mom and her brothers often talk about hearing their dad and his friends strumming guitars and singing tunes in the basement through the air ducts from upstairs. Bo, her brother was once asked “How do you know the words to all these old country songs?” His reply: “When you go to sleep hearing them every night you don’t have much choice.”

As they moved around Michigan and across the US Grandpa’s love for music traveled with him from place to place. He always had a guitar nearby and greeted any opportunity to play and sing with and for friends with open arms; entertaining and having fun were two of his greatest joys. One of Mom’s high school friends, Becky, once remarked, “The Schultz house was just a place you wanted to be, the love there was palpable; there was always a camera close by, music and Mr. Schultz playing the guitar.”

Fast-forward some years later and I entered the world. My memories of Grandpa aren’t much different from those above. His Martin D-35 was always nearby, whether at his car lot in Houston or at his home in Weimar. He would sing and play just about every classic country song produced, by ear (he couldn’t read music), and if he forgot the lyrics he’d carry right on with his own version…never losing rhythm.

His CD collection was larger than most record shops and he would shuffle through six discs at a time on his stereo in the barn…anything from Bob Wills, to Merle Haggard, to Johnny Cash. Just like Mom and her brothers it was inevitable that I would know all the lyrics to music produced 20 to 35 years before I entered the world while riding my bike or shooting guns near the barn.

In addition to his CD collection I often remember sorting through the hundreds of albums stored under their record player and contemplating which one to play next. Sometimes it was a game and Grandpa would rattle off a song and I’d see how fast I could locate the artist and album. Needless to say I got pretty speedy over the time…and thanks to this game I often associate album covers with songs when I listen to old country music today.

Occasionally Grandpa would pick my brother and I up from school and the cassette player in his ‘97 Chevy was humming some flavor of what I would call classic country, but what he would say is good music. Either way, at ages 68, 10, and 8, we’d all sing along to light-hearted tunes such as Roly Poly or deeper songs like Sing Me Back Home as we headed down CR 222 to their house.

Music and guitars were so near and dear to Grandpa that about 10 or 12 years ago my mom surprised Grandpa one weekend by showing him that she could sing and play right along with him after taking guitar lessons for the past several months. At 45 she not only learned to play the guitar, but learned to play the songs she grew up on and the songs Grandpa sang.

It’s my belief that the reason Grandpa enjoyed music so much is because he was a creative. He constantly encouraged us grandchildren to find what sparks our creativity. While I didn’t take the music route as I have no musical ambition and can’t carry a tune in a bucket I do appreciate good music…and that is just the world Grandpa Jim introduced me to. My fondest memories of Grandpa will always be him playing the guitar and singing songs.

Today, most call me an old soul, and I’ll admit I LOVE classic country. There are certain songs and especially certain artists that will always remind of Grandpa, Merle Haggard being one of them.

So thanks Marty, for taking my family for a trip down memory lane. It’s amazing to me how one genre of music and a handful of artists can have such a lasting impact through the generations. Music for me provides wonderful memories of those who are no longer with us – I know two gentlemen that were smiling down extra big that night, Grandpa and Merle.

Here are a few pictures of Grandpa Jim over the years doing what he loved! 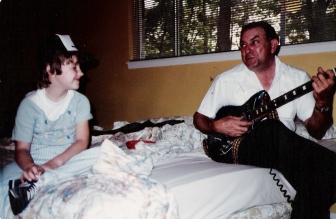 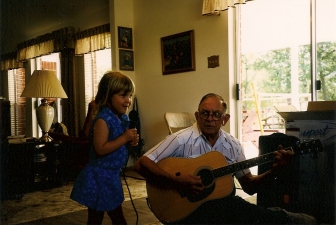 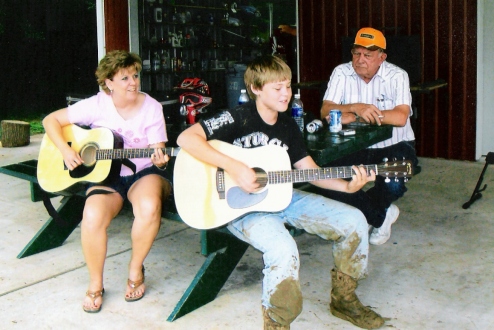 Myself, Marty, Grandma, and Mom after the show. Marty asked me “How old are you?” I replied “23”. He said, “….and you really like this music”. Absolutely Marty, absolutely. 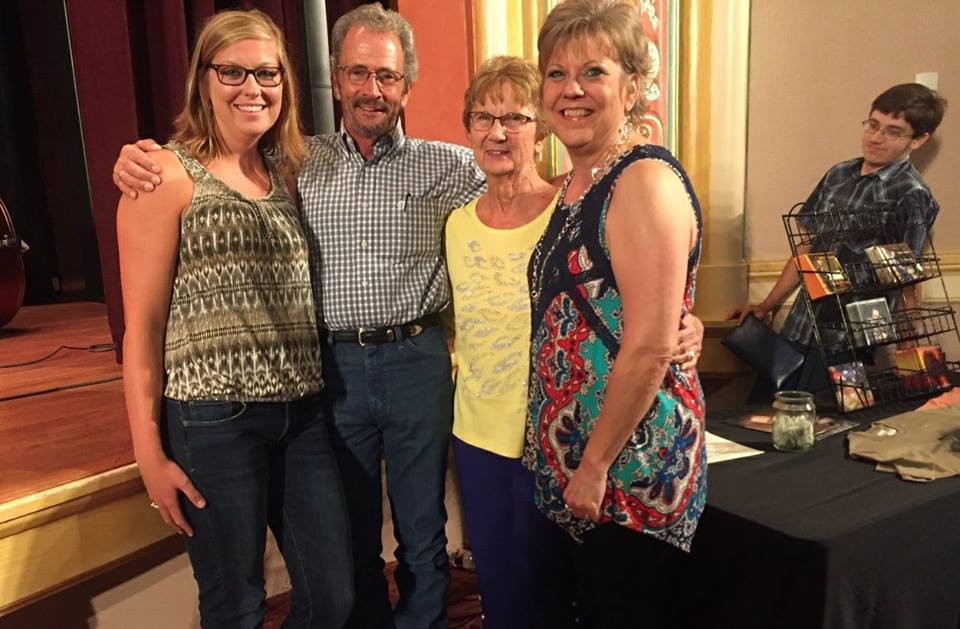 6 thoughts on “Grandpa and Haggard”

Follow The Unconventional Millennial on WordPress.com
Join 57 other followers